Mike Bracken, executive director of the Government Digital Service, talked to Computer Weekly about what UK public services could learn from Estonia’s open source model and why a dose of its IT leaders’ humility wouldn’t go amiss in Whitehall.

Estonia has one of the most advanced online public service offerings in the world and is held up in some quarters as a model for the UK’s digital remit. 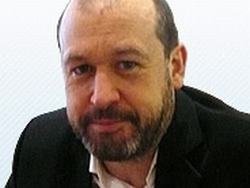 One of the biggest differences with Estonia’s thriving open source culture is that licensed software is an almost alien concept, says Bracken. Just 1% of its GDP goes on technology and services, with 0.1% going on software licences – a negligible amount, considering nearly all public services are run to a “digital by default” model, says Bracken.

“They are advocates of open source having built the infrastructure of the country using it, and we should learn from that,” Bracken says.

Estonia has just three instances of proprietary software: Microsoft; an inherited SAP platform which it is coming off; and Oracle, which has been downsized.

“In our world, Oracle is what CIOs pin their badges on,” Bracken says.

Open source is used in core databases, a move which would be seen as too risky for such mission critical systems in the UK, he says.

“Having spent 15 years doing this they have strong confidence in their ability to mould open source. And it doesn’t appear to be misplaced confidence.”

But Bracken says he is not seeking an absolutist approach in using open source in the UK.

“The point is, we should live in a heterogeneous environment, using the best of licence and the best of open source to select which is appropriate for the job.”

In the UK that environment is clearly unbalanced: “The Public Accounts Committee said we are operating in an oligopoly – and it seems clear that we have gone too far in one way,” Bracken says.

“The absence of open source is restricting change and innovation. It restricts market innovation and the speed of innovation. A wider selection of technology gives you more tools in the bag to get things done.”

The fact that Estonian IT engineers are given the freedom to innovate means they were able to quickly recast public services, he says.

“One of the things that struck me clearly was if they are left to their own devices they can design excellent public services,” Bracken says.

After being administered by the Soviet Union for so long, following independence Estonia found itself in the position of having to build infrastructure from scratch, quickly and at low cost.

“The country had an emerging open source and tech community, with the brief to go and create public services, which it did between 1996- 2010. It was really interesting for us that no-one ever wrote a requirement document [to define products being developed].

“It’s a huge advantage starting from scratch.  But there was a huge cultural advantage as requirements weren’t being imposed. They were cheap and quick.”

“If we can create government digital services as an environment where leaders flourish, it should lead to a vibrant, engineer-led culture.

“Self-sufficiency happened there over a generation. But if we stick at trying to create that culture over a number of years, why shouldn’t that happen in the UK, too?”

However, the approach to digital in Estonia does not translate as easily to the UK model. Bracken says Estonia has a low population density of 1.3 million and is an homogenous set of people, which makes the delivery of public services more straightforward.

“The country is the size of Birmingham and there is a struggling lack of diversity, very few people get anything other than vanilla services,” Bracken says.

Ubiquity of the internet has also made digital delivery easier, with the country having comprehensive free Wi-Fi and a right to internet access in its constitution.

Another approach which would not work well in the UK is the issue of ID cards, a system used in Estonian for citizens to validate themselves when accessing online public services. There are no intermediaries or other companies validating the service: “It’s just you and the state,” says Bracken.

The lack of finance in the development-led view meant there was no time or energy to discuss issues around privacy.

“It is more complicated in the UK with the legacy of ID cards, our privacy lobby and EU legislation,” says Bracken.

“There is a strong culture of a mistrust of the state – there are many different cultural views on the nature of ID here. We tend to question these things in England and often quite rightly. But in Estonia it was seen as a civic task after the occupation of Russia.

“While rebuilding the mechanics of state, there was a huge amount of goodwill, which we are clearly lacking.”

The system integrator culture in the UK has fostered a certain aggressive attitude in government, says Bracken.

“When you travel around the UK government, you often see unnecessary macho attitude from the system integrator culture,” he says.

“But the people in Estonia didn’t bang the drum, they were happy to have a ‘show and tell’ culture.

“When you look at the tech vendor approach, and the machismo there, you can see that attitude is absent. The people didn’t see themselves as tech leaders. Generally there was a good degree of humility.

“The Estonian head of the government digital organisation asked me what a system integrator was – when I told him, he looked at me blankly. The concept of having a large company in to run services seemed alien.”

But the culture is starting to change in the UK government.

“The days of spending £100m on outsourcing a contract to a system integrator are coming to an end. Game over. We can’t afford to play that anymore,” says Bracken.

Bracken hopes this will also lead to a more diverse IT marketplace.

“We met a bunch of small companies in Estonia who had long-term investment in digital services. One of the spin-off benefits has been to grow and maintain a vibrant market of SMEs,” he says.

An open marketplace has sustained a vibrant SME ecosystem, with perhaps one or two large companies. He believes this desperately needs to happen in the UK.

“We are sitting here [in London] and are less than half a mile away from Tech City, with more pockets around the country. Those companies are almost always excluded from the procurement process,” he says.